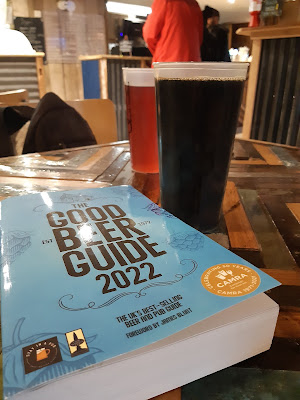 I was happy to see the latest edition of the beer guide pop through the letter-box earlier this month, complete with the obligatory bit of postal damage in the corner which everyone seems to have suffered this year.

Looking at the local changes in Oxfordshire, I spotted the chance to make my first trip to somewhere new, picking a thoroughly dull grey November Saturday to head to Watlington. 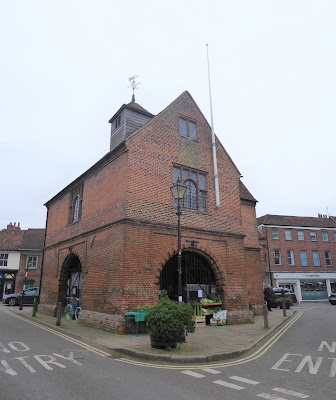 According to Visit South East England, Watlington is reputed to be England's smallest town.
On the eastern edge of the county, close to the Bucks border, it's a peasant little market town, home to around 3,000 folk.

We arrived mid-morning, with a plan to do a bit of walking along the Ridgeway which passes nearby.No long-distance hikes this time, as we just aimed to cover the 2¾ miles to Lewknor, mostly under autumnal tree cover with the Chiltern hills to one side and farmers fields to the other.
The appeal of walking to Lewknor was the chance to visit a Beer Guide regular which has appeared in all but one edition. 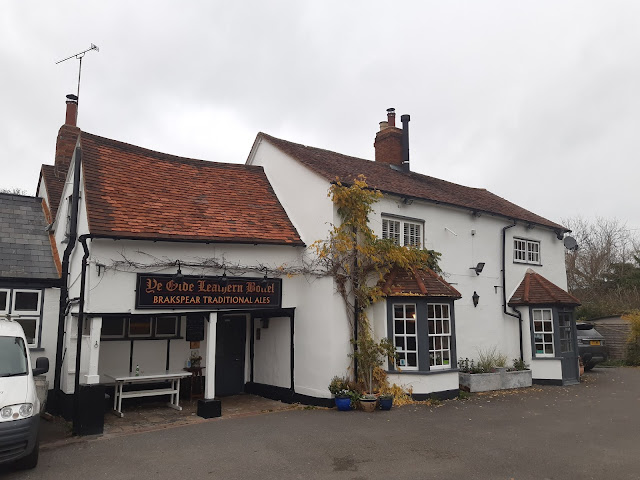 Leathern Bottle (1 High Street, Lewknor, OX49 5TW - web)
The Leathern Bottle is a Grade II listed 17th century country pub, set back from the main village road with picnic tables scattered across a lawn in front of it.
We entered through the door under the Brakspear sign (note the sheltered smokers table for the locals, complete with craft Stella Artois bottle). This leads to a homely snug in front and a small bar to the right.
There's an additional larger room on the other side of the bar with it's own separate entrance.
It's a fine place.  They serve food without it having become a dining pub.  There's a no nonsense choice of beers.  No music, no TV, no fruit machines - just the hubbub of conversation.  You could settle here for the whole afternoon, except you couldn't because they'd turf you out at 3pm due to the old-school opening hours. 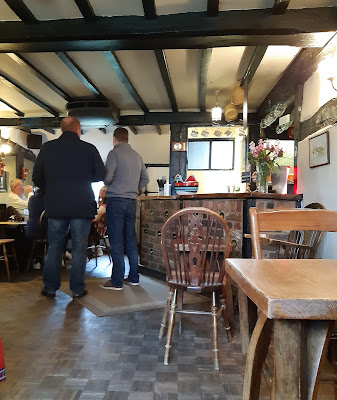 I stuck local with the Brakspear 'Gravity' to accompany baguette and chips which would fuel us for the walk back.

There are lots of good footpaths in this area - in the summer months we'd be more adventurous, but on this occasion we simply retraced our steps.
It just so happened that our new beer guide pub was hosting a beer festival... 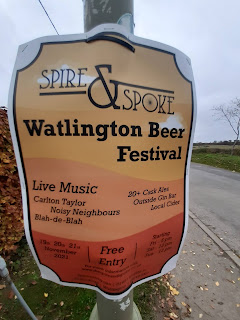 Spire & Spoke (21 Hill Road, Watlington, OX49 5AD - web)
The spire is a reference to the 'white mark' on the nearby hillside, which resembles a church spire from a distance.
The spoke has something technical to do with bicycles, this being a popular area with the lycra-clad two-wheelers.

In the past this was the Carriers Arms, before it closed in 2019, was given a complete refurb (and name change), re-opening with end-of-lockdown fanfare on the 4th July 2020. 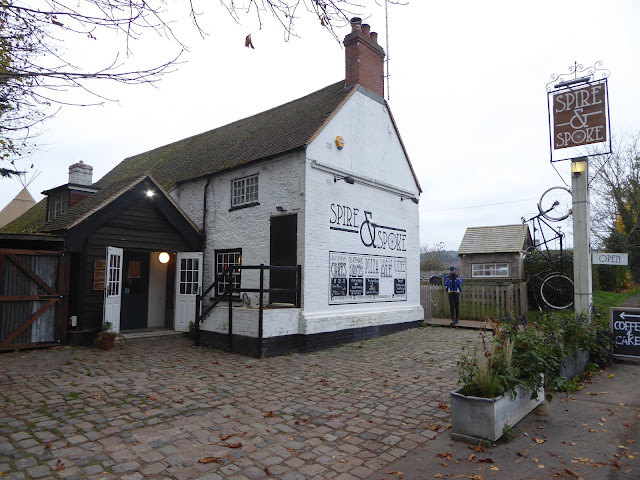 The new decor sees chunky slabs of wood and a bit of air-raid shelter style corrugated iron making up the walls, whilst the furniture is canteen style with some funkily decorated tabletops.
Perhaps not for everyone and personally we were happier outside in a great garden.
There was plenty of covered seating, plus an outdoor pizza oven (and wow, those pizza's looked good).  A wooden walkway led to another space with a tee-pee, plus the beer festival barrels under a couple of gazebo's. 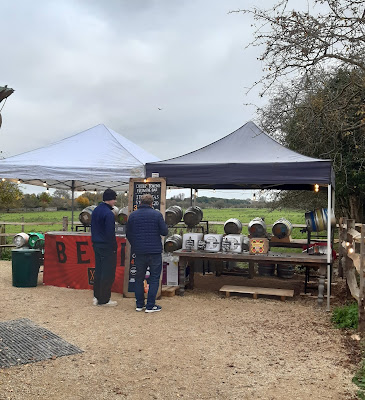 They had around 20 ales, mostly local, including Loose Cannon, XT, West Berks, plus the not so local Timothy Taylor.

I enjoyed a smoked porter 'Shmoke Shtack by Loddon and a hoppy pale ale from XT-offshoot Animal, before being tempted into the dangers of locally produced strong cider by the sales pitch of the chap behind the bar. 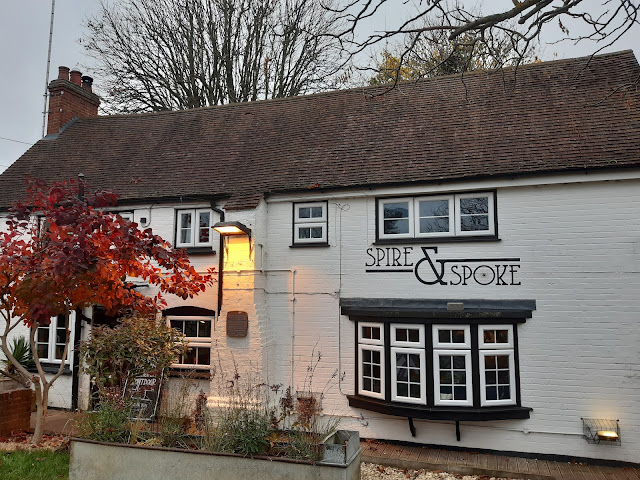 In non-beer festival times there are usually three or four cask ales on the bar from similar breweries, whilst you can follow your pizza with rocky road and flapjack from the cake stand.

As it began to get dark we were sat outside next to a fire-pit, with the fields to the side of us, reflecting that this had been a pretty good first Oxfordshire 2022 GBG tick.
I'll leave you with a final picture of one tragic individual who's brought his new beer guide to read in the pub.
Oh, that's me. 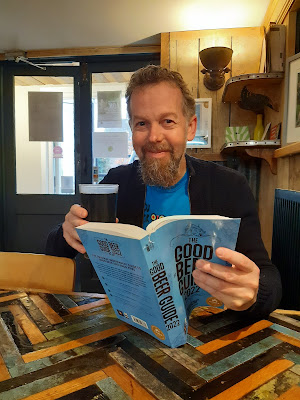